Women have always been associated with beauty, Class & Elegance and what better way to enhance them all by just doing one thing – that’s wearing jewelry. Let’s look at some World’s Most Iconic Women & their favorite  jewelry . Be it the jaw-dropping size of their Diamonds or their love & fascination of natural or  precious stone, these World’s Most Iconic women may even have influenced your style or purchase decision.

Let’s check out all these exquisite jewelry owned by these world’s Iconic Women. Whether or not it may be easy purchase for all is another matter, but that doesn’t mean we can’t admire their beauty from a far!

Kamala is the first female Vice-president of the USA but she is also known for wearing her pearl jewelry. 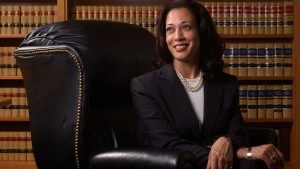 are perennially popular because of their simplicity and luminous, almost magical, glow. While pearls have never gone out of style, thanks to all the Kamala Harris photos, pearls are one of the hottest commodities on the jewelry market today.

From casual dressing up to her Inauguration Day Kamala Harris has always flaunted her pearl jewelry and we loves her down-to-earth style. Her collection wide ranges from Fresh water pearls to south sea earls to rare & precious Tahitian pearls.

Check out our KN Kamala pearl inspired by her style

Without any doubt the queen has a long and interesting history of  jewelry.. While some of her treasures were 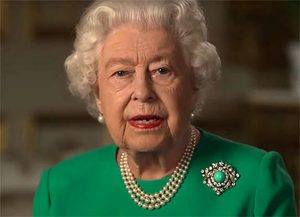 specially made for her, others were passed through a long line of British monarchs or gifted to her.

Queen Elizabeth II has been known for her great variety of tiaras, brooches, necklaces, and earrings, but one thing is sure: she loves pearls unlike any other jewelry.

She has an extensive collection of pearl necklace from a single strand to a six strand necklace. She is rarely seen in public without her favorite three-strand pearl necklace — a gift from her beloved father, King George VI, who passed away in 1952. What most Royal Family followers don’t know is that the Queen actually owns three nearly identical pearl necklaces that she rotates freely. But it also shows that her pearls are a  powerful reminder of the special bond she shared with her father.

Check out KN Elizabeth Necklace Inspired by her Iconic Style

Beyonce is not just the show -stopping performer; she has also been the style icon for this generation. She never 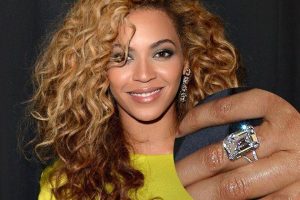 fails to make statement whether by her music, her style or the jewelry pieces she owns. She tied a knot with Jay-z in April 2008 and her engagement ring is as famous as her music career.

Beyoncé’s engagement ring is an emerald cut diamond, held in place with prongs that are set in a pave split shank setting. Pave set diamonds on the band are just perfect for giving extra sparkle and full of elegance.

If you’re going for a larger center stone, as in Beyoncé’s case, a split shank band will provide additional support to the center diamond. This makes the setting more comfortable and secure for the wearer, particularly if you’re wearing your ring for extended periods of time. 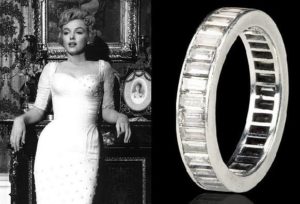 day. Marilyn  beauty, poise makes her who she is but apart from that is also because her style & elegance.

If you remember Marilyn you may also remember Her engagement ring, “the Marilyn Monroe Ring”, as it is officially named, is a fabulous eternity ring that the actress received in the 50s by Joe DiMaggio

Her husband gave her a  platinum eternity band set with 36 baguette-cut diamonds ring on her wedding day. It was an antique ring with a cluster of little stones around the top portion.  Since the ring has never surfaced publicly it is assumed that it might have been a family jewel borrowed for the hasty nuptials.

Let us know in comment section below what’s your favorite piece of jewelry you own?

Would love to hear How you like to style your Jewelry on a day to day basis?

Also, Are you influenced by any of these World’s Iconic women & their favorite jewelry style after reading this blog?

Love to hear your feedback in a comment section below!